As we finish another great year at AKMHS, we would like to take a moment to look back and reflect on a couple great events of the year.

Feb. 8th 2012
We started off the year with a bang by organizing a group to head down to Feed My Starving Children in Coon Rapids to Pack Meals. Which was a HUGE success. AK, our Install Team, Friends and Family teamed up to raised over $1,240 for this event, which in turn feeds 3 families of 4 for a whole year…. now that is something to get excited about! Great Job. Not only did we do that with our cash donation but we also physically helped pack 124 boxes of food which in turn creates 26,784 meals that we packed alone…    Here are some highlights from the night:

Jerry, Pete, Sutton, Mandy, Ty, and Chase teamed up together and packed a total of 19 boxes for their station alone. That is 4,104 meals! Mike, Wes, their wives, Children, and Friends teamed up together worked hard, and packed a bunch of boxes as well. James was a beast using those biceps to fill up tub after tub of white rice for bag packers. Tiege was a warehouse bandit taping up more than a hundred boxes for the baggers to fill up and packaging the finished products on the pallets. Adam was the trusted man on the scale weighing every box for accuracy and filling up skid after skid of the packed food. Jake, Brian, Josh, Norman, and Jason were sweating and getting a great workout making sure the food baggers always had enough supplies to keep making box after box of meals. All in all it is a huge success and it was great to see all of us, our families, and friends come together for a good cause and help out people in need.

May 2012
Shawn Jones Joins the Warehouse Crew and begins his career with AK. 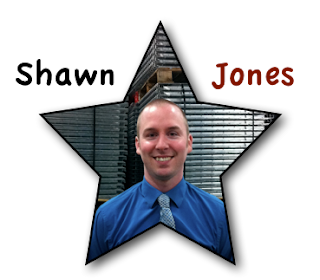 May 14th 2012
Inside Sales Rep, Jason Kasanezky supplies the Medina Country club with pallet racking for their maintenance sheds to help prepare for the 2012 PGA Ryder Cup that was attended by CEO AL Boston.

May 5-9 2012
CEO Al Boston, Joshua Smith & Brian Koski took the time to go down and network and grow with the MHEDA organization in Miami Beach, FL.

May 31st 2012
Joshua Smith & Jason Kasanezky perform a webinar for MHEDA titled “Unleashing The Power of an APP.” The webinar showed viewers how to create and build their own smartphone app and also how to maximize apps in their business.

June 2012
Our Wholesale division WPRP that supplies pallet rack to forklift dealers and other resellers at discounted pricing opened up another warehouse in Erie, PA. This warehouse offers another pallet rack quick ship for dealers serving the East Coast. 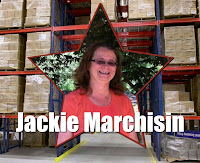 August 24th 2012
AKMHS was named no. 26th Best Place to Work in the Minneapolis Business Journal “Best Places to Work” 2012.

October 3rd 2012
Inside Sales Rep Jake Koski helped Par Real Estate rack their facility with over 300 uprights and thousands of cross beams. This was Jake’s Largest project to date. 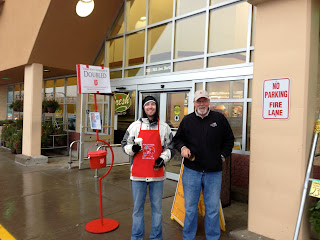 Our GBC team participated in the Salvation Army Rock The Red Kettle event. Ringing the bell for 10 straight hours raising $997.54 that was collected at our location during the event and that did not include the online giving kettle. Yee Yahh! What a great time that was.


Dec 14th 2012
We celebrated our company party at The Golden Valley Country Club. A magician, piano player and an excellent food platter made the night spectacular. Rock Star awards were given out.

In summary 2012 was a GREAT year at AKMHS to say the least. We greatly appreciate our loyal clients and our employees who make this all possible. We are very excited to see what 2013 has in store….